You can enable queueing for a game through the Publish Menu. Check the box labeled Enable Queue Requirement and specify the minimum number of players needed to play the game. 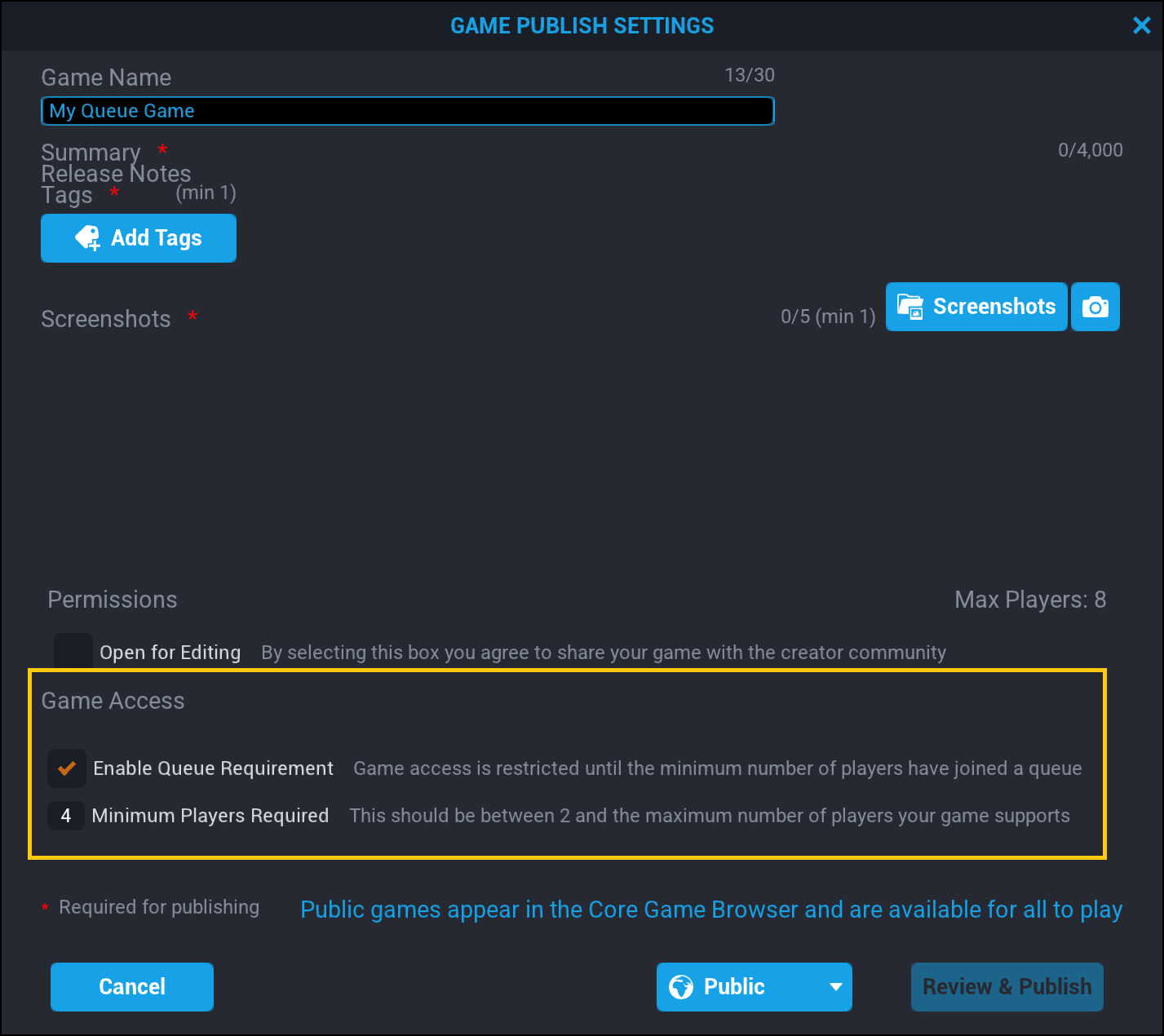 The process for joining a queued game is exactly the same as any other from a player perspective. When a player presses the play button, they will be added to a queue, and will display in their friends' lists as "Queuing for ..." the game selected.

Queueing players can access the Game Queue Menu in the same area as the Friends list to see all the games that they are currently queueing for.

Once one of the queued games reaches the minimum number of players, players will see a pop-up menu with QUEUED GAME READY and options to Decline or Accept joining the game. If the game already has an instance with players that is not at maximum capacity, players will instantly join the game. 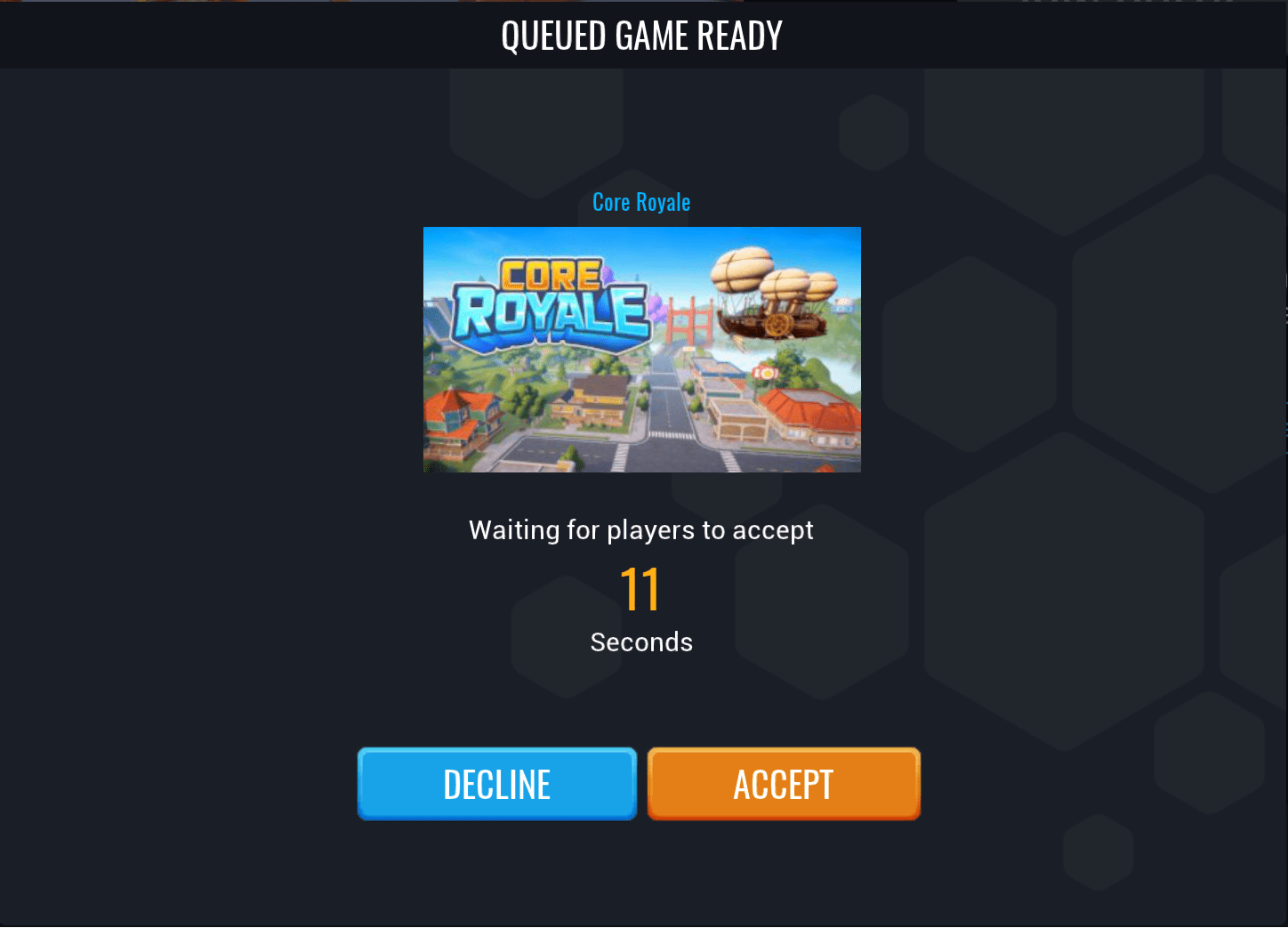 Once a player joins a Queued game, they will be removed from all other game queues.

The isQueueEnabled property in the Core API | Interconnected Games