A Binding Set contains a set of actions a creator has defined for the game and the default key bindings to trigger those actions. 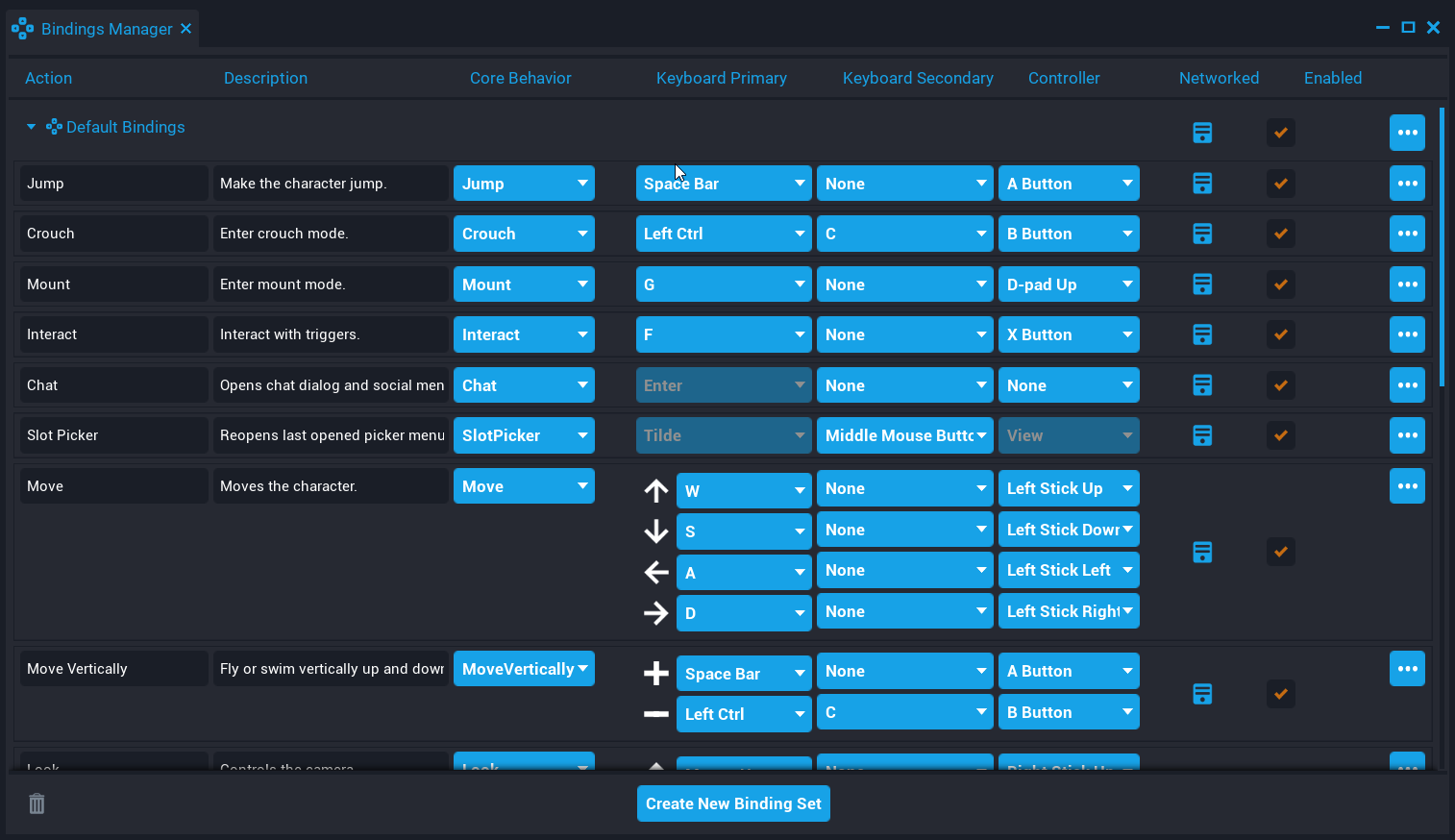 A Binding Set can be created from the Bindings Manager window by clicking on the button Create new Binding Set. When a Binding Set is created, it will be added to My Binding Sets in Project Content. 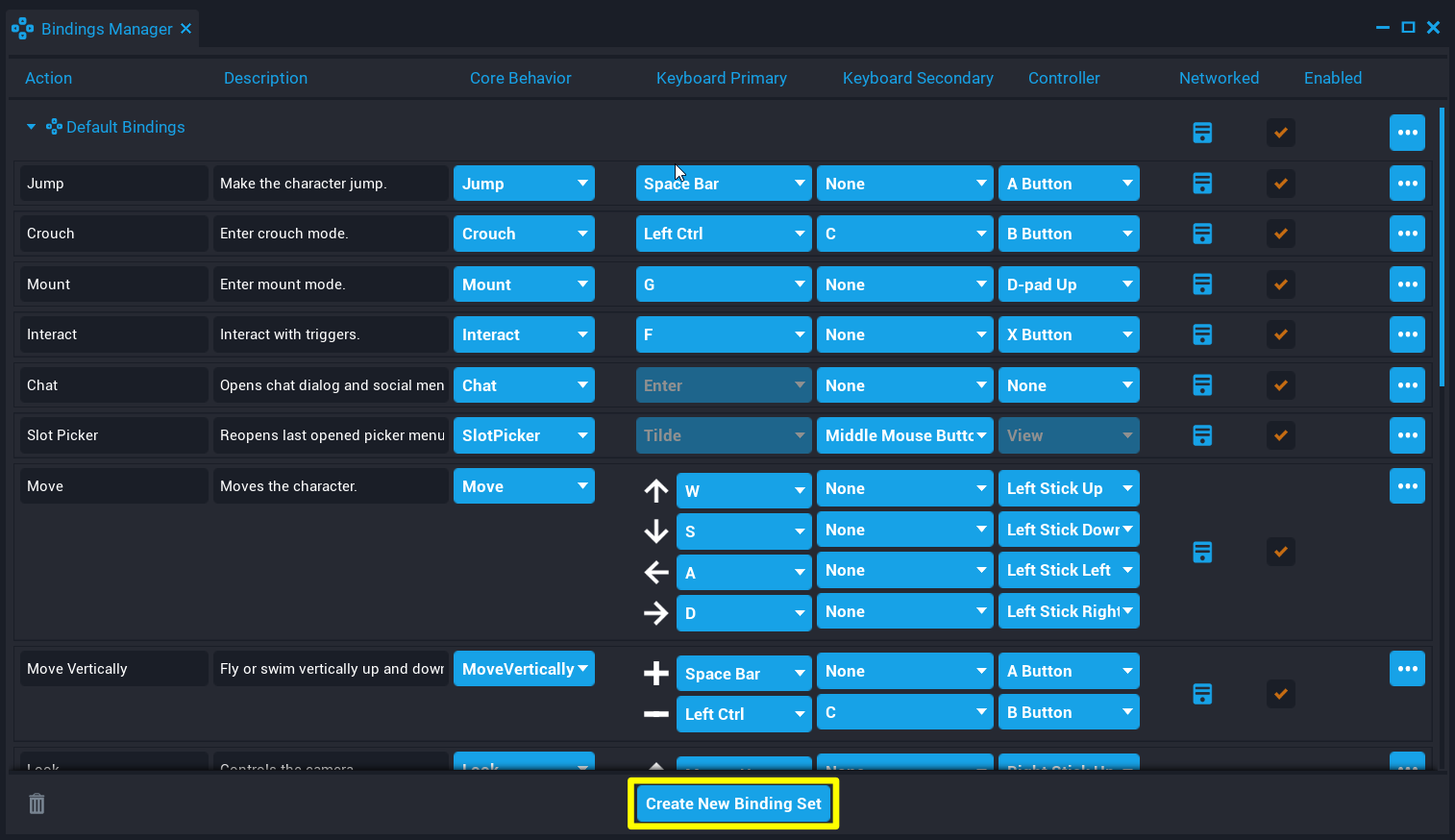 Binding Sets created this way will have the property Binding Sets under Bindings already setup with the asset reference when placed into the Hierarchy. 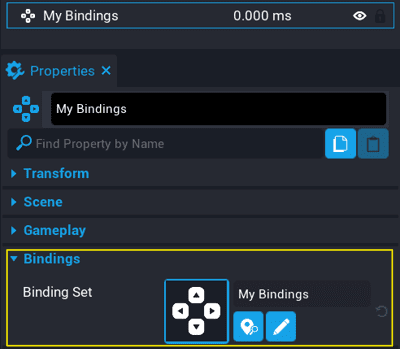 A Binding Set can be created by dragging the Binding Set component from Gameplay Objects under GAME OBJECTS into the Hierarchy. This object will not have the Binding Set asset reference created, the creator would need to create a new set of bindings, and drag the asset onto the property.

A binding can be a specific key, button, or directional control that performs an action.

Adding a binding to a Binding Set can be done from the Bindings Manager window by clicking on Add Binding. 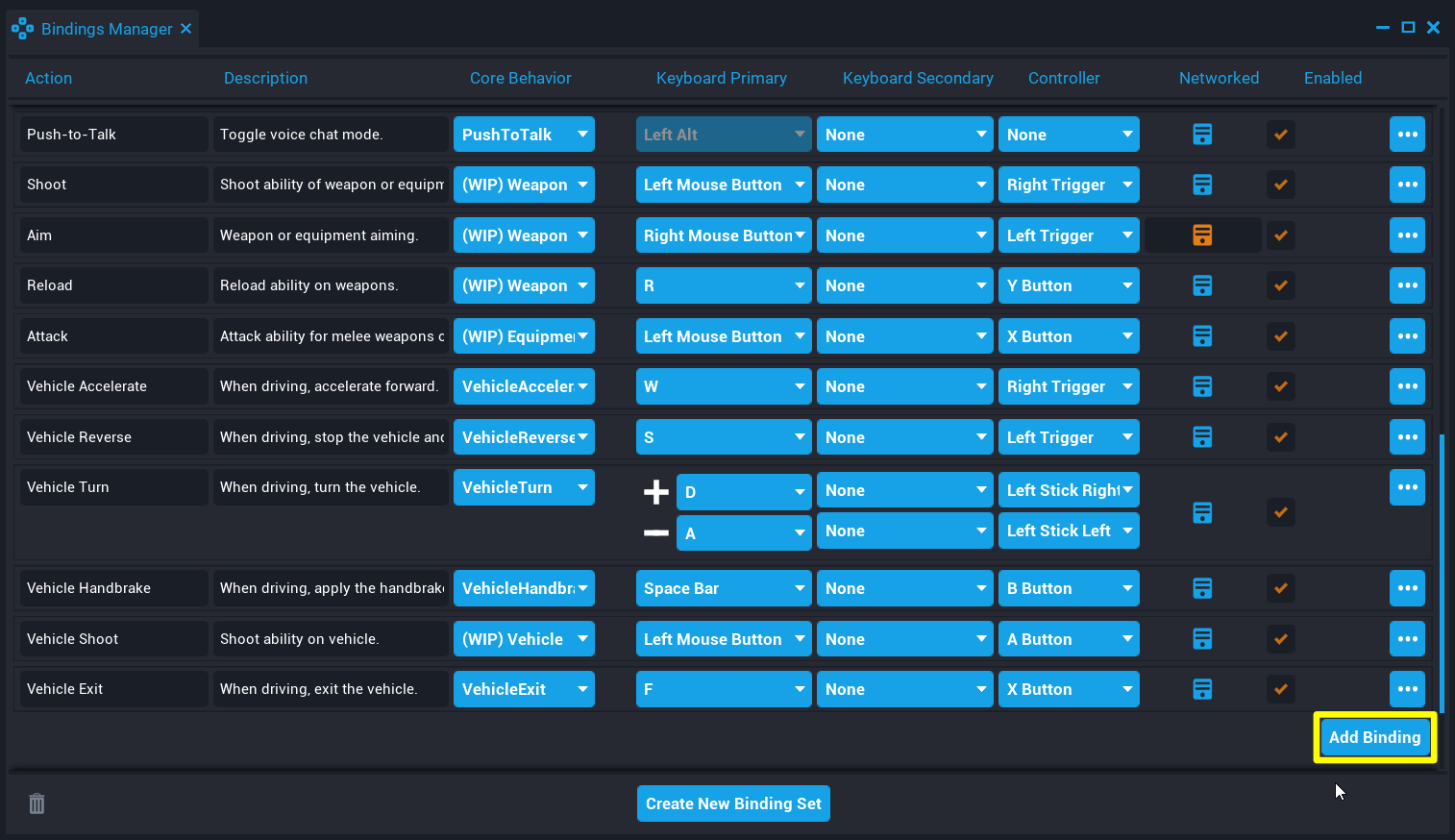 For example, setting the key Q to perform the Jump action. 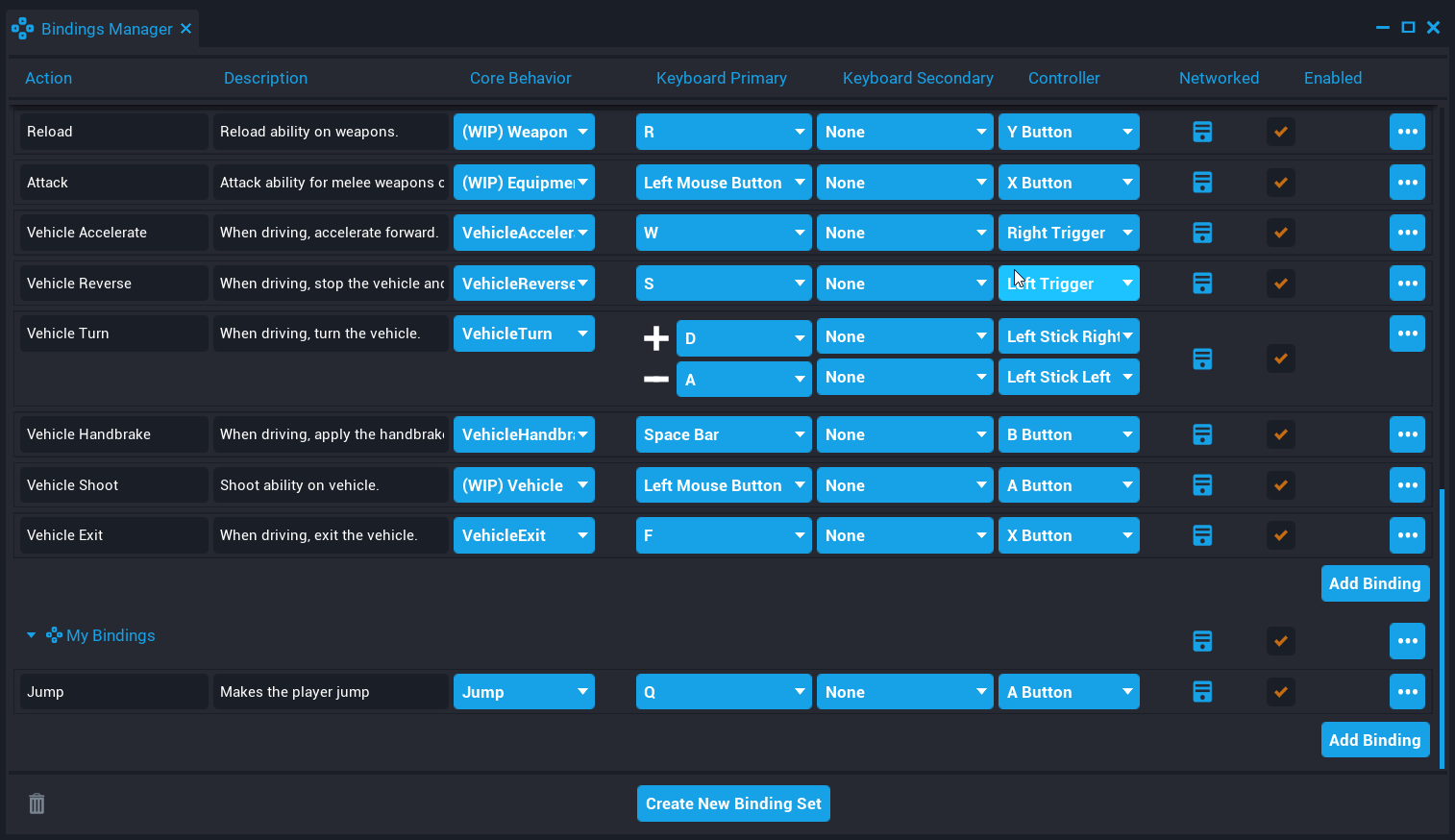 When a new binding is added, the action name and description can be set. The action name should be something that identifies what this action does. This identifier can be used in Lua to determine which action triggered the event.

When creating a binding, a Core Behavior needs to be selected so that the Binding Set knows which action to perform when the binding is triggered. When a Core Behavior is selected, the binding will get auto filled with the default Core values for the keyboard and controller inputs.

There are 3 different types of bindings that can created.

Bindings can be networked so the value and input events are replicated to the server. Replicated bindings allows creators to use specific Input functions and events in a server script using Lua. Networked bindings can be set individually or for all child bindings of a Binding Set in the Bindings Manager.

For information on which events and functions work with networked bindings, see the Input API.

A binding can be deleted from a Binding Set by accessing the option menu and selecting Delete Binding from the Bindings Manager window.

A Binding Set can be deleted from My Binding Sets in Project Content, or by selecting Delete Binding Set from the option menu in the Bindings Manager window.

Any Binding Sets that have been deleted in the current editor session, can be restored by viewing the list of deleted Binding Sets.

A deleted Binding Set can be restored by clicking on the Restore button.

The Input namespace has various functions and events that can be used with bindings from Binding Sets.

For example, listening for when an action has been pressed using actionPressedEvent.

See the Input API for all the events and functions.

Detecting what input device a player is using, can allow for creators to customize the UI depending on the player's input device.

The input type can be determined by checking the returned value from Input.GetCurrentInputType and Input.inputTypeChangedEvent. For example, detecting the player input device to customize the UI depending on if they input device is keyboard or controller.

Migrating an Existing Project to use Binding Sets