The Reward Points (RP) system rewards players for playing games by giving them points they can spend on Core cosmetics. The goal of RP is to increase player engagement, to give Perks creators new rewards they can give out to their players, and to encourage players to explore new games.

While they cannot be exchanged for Core Credits, they can be earned for free by playing games. Perks Program creators can add Reward Points to their games to give away a daily RP to players of their games.

Games with Reward Points will appear in a dedicated list for players looking to earn RP. This gives games with RP extra visibility to players searching for new experiences.

Players are able to earn RP in the following ways:

Perks Program creators will be able to give players RP through the Lua API. Perks Program creators will also be able to create their own conditions for giving RP to players. Core will be monitoring games that distribute RP to prevent creators from abusing the RP system or acting in bad faith. When a player is rewarded RP by meeting conditions set by a creator, that player will earn equal amounts of RP and XP.

A player will be able to earn 500 RP from one creator per day across all of that creator's games. This limit is known as the Creator Daily Cap.

A player will only be able to earn a maximum of 5000 RP every day across all creator games. This limit is known as the Total Daily Cap.

Core will be monitoring games that distribute RP to prevent creators from abusing the RP system or acting in bad faith.

To reward players for logging back into Core frequently, players will earn a higher Total Daily Cap and Creator Daily Cap for each consecutive day they return.

If a player loses their login streak, then their caps will reset to Day 0.

When a player reaches their RP limit for the current creator, the player will receive a notification that reads "Creator RP Cap Reached". 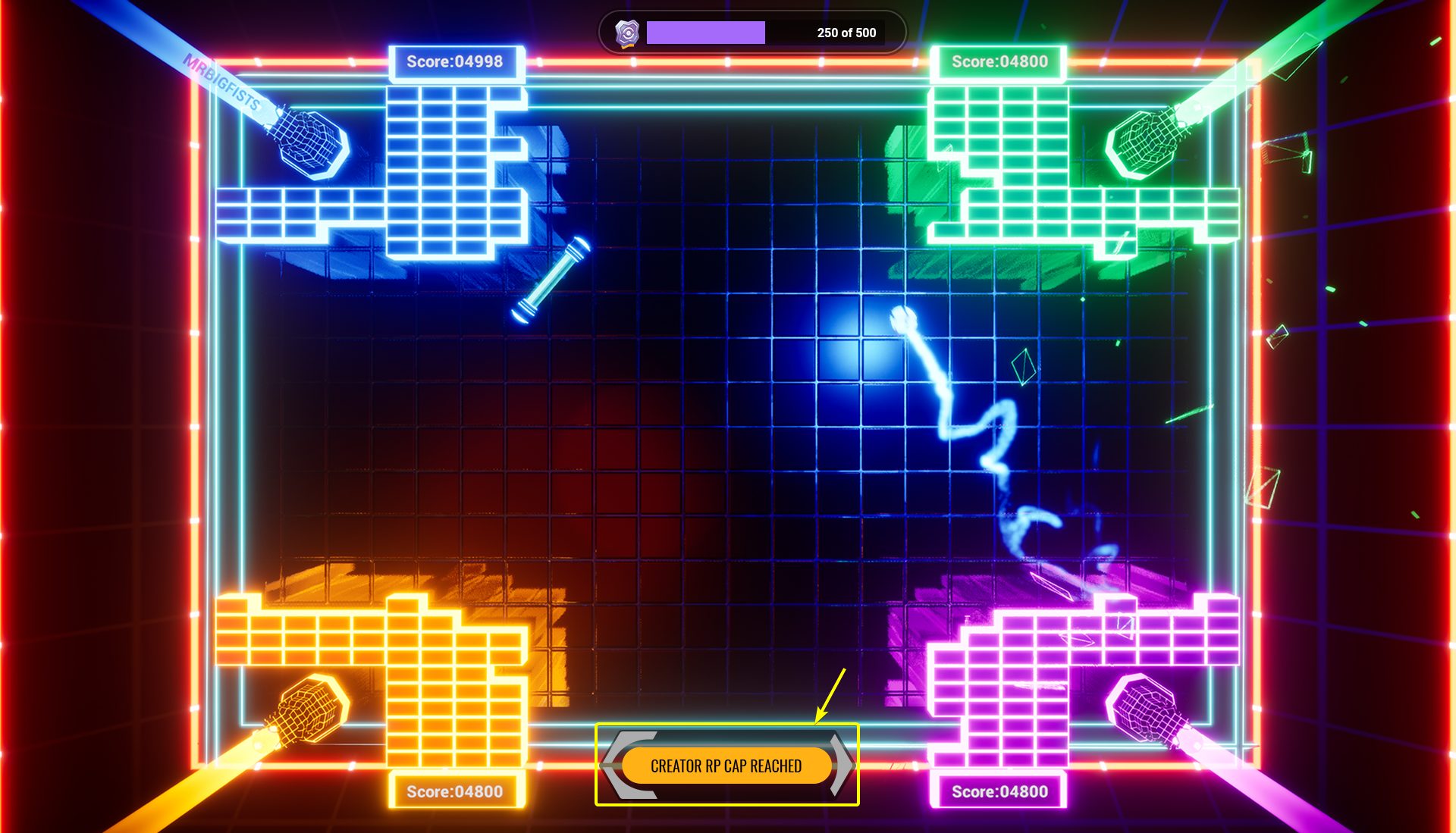 When a player reaches the RP limit for the day across all creators, the player will receive a notification that reads "Daily RP Cap Reached". 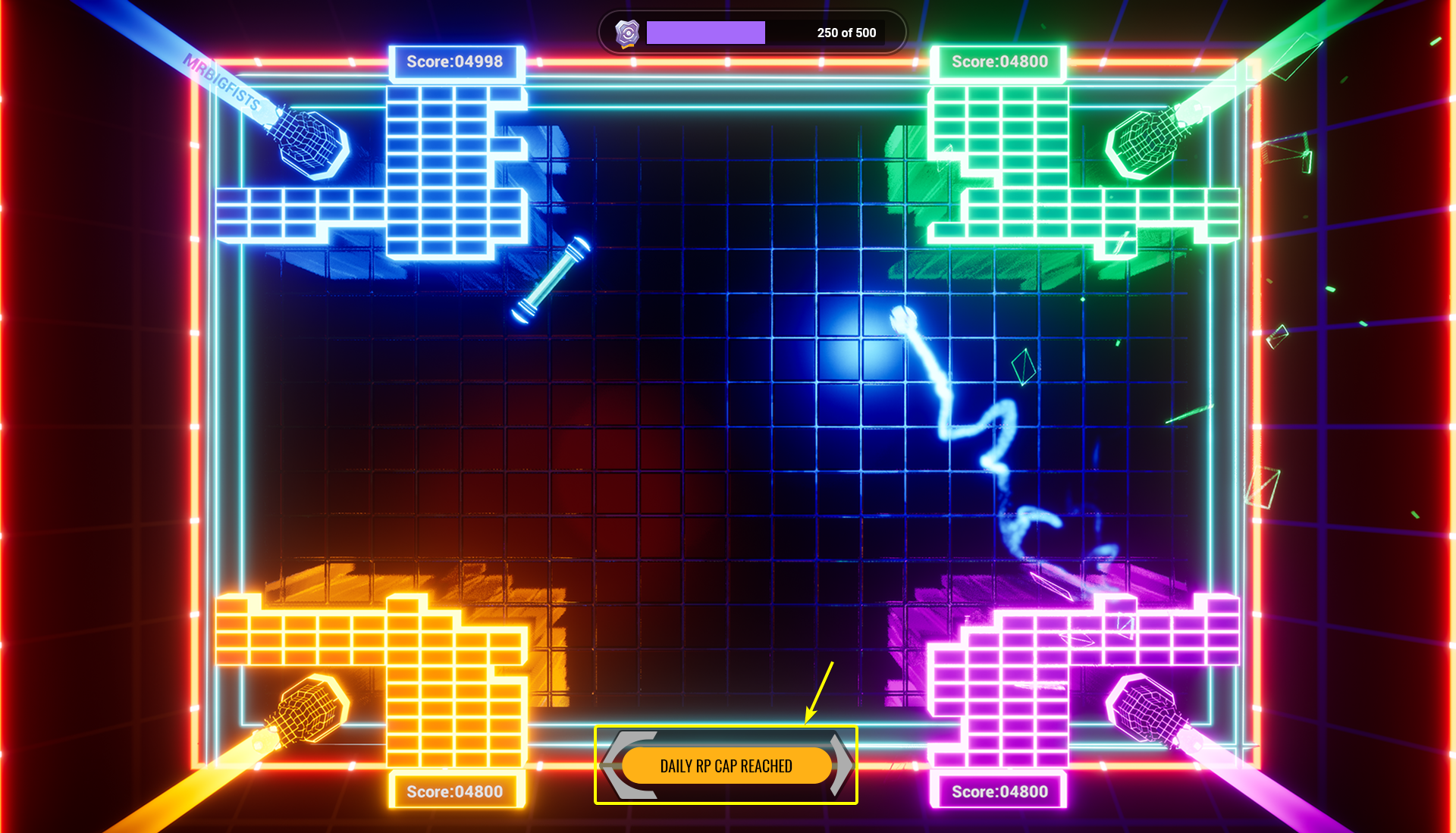 Implementing RP with the Core API

Reward Points are granted to the player via Reward Point Events. An example of this can be found in the daily rewards code snippet on the Player API page. Currently only Perks Program creators are able to add these events into their games.

Once you’ve implemented RP, you will need to publish your game for them to be activated.

In the GAME PUBLISH SETTINGS screen, click on the empty box at the bottom-left to enable RP events in your game. 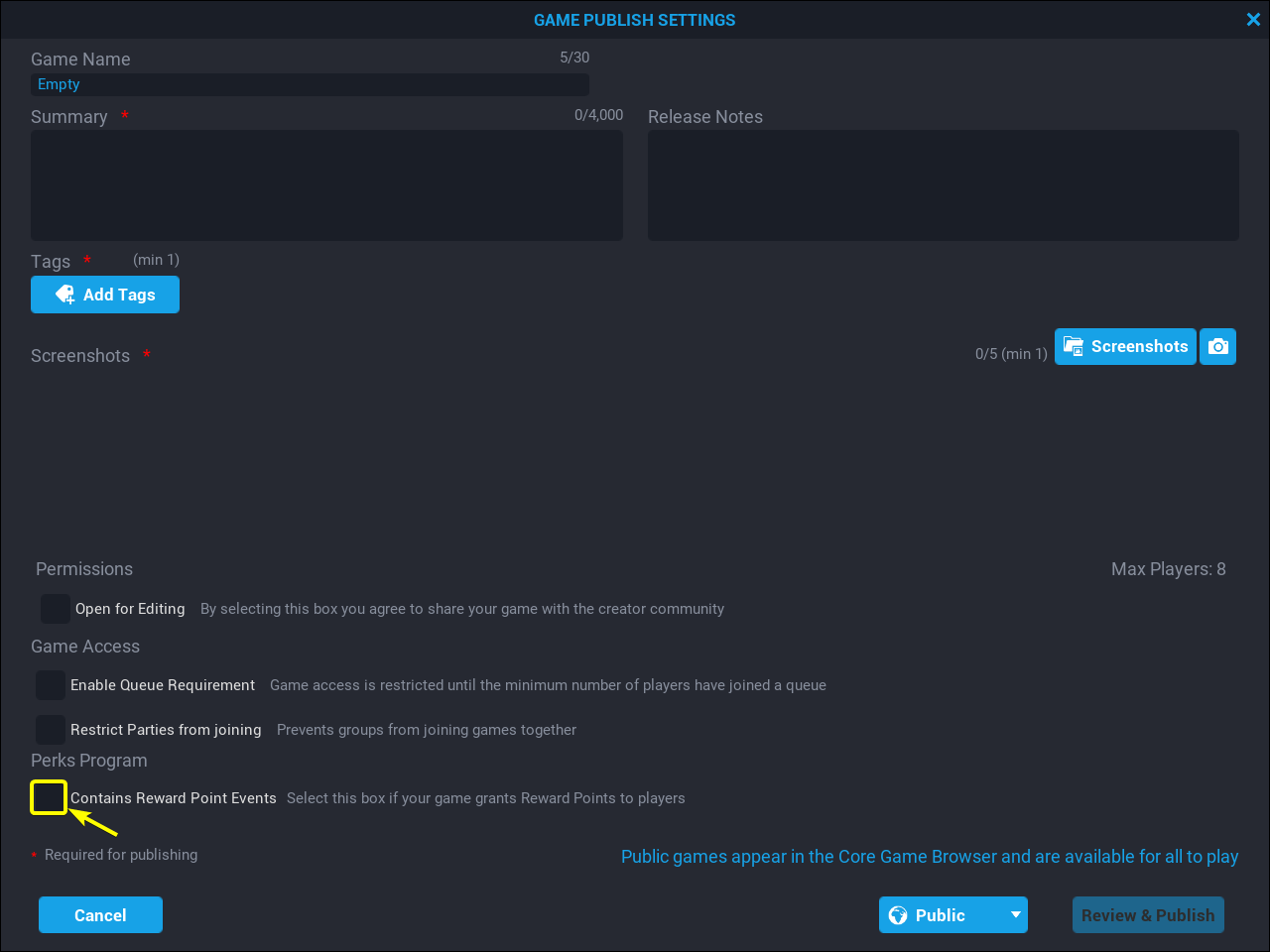