Parts of the Framework

This section contains two scripts, DocumentationFrameworkOverview and DocumentationNPCKit. These do not contain code, but instead have instructions on how to use this framework, and how to use the non-player character enemies in the dungeon (NPC's).

This section contains the existing logic of the game.

This section includes all the of the information displayed on the screen to tell players about their health, XP, coins, abilities, and which location they are in. You can change the way these are displayed. Check out the Core UI Reference to learn more about using the 2D User Interface elements.

The Map folder contains all of the objects you can see in the game. This is the section you will modify in this tutorial

This folder contains a script that uses Plain objects to determine where the enemies can go. This is invisible by default, and we will make it visible in order to be able to build around the AI behavior, and modify it as necessary.

Testing the Base Game

If Multiplayer Preview Mode is enabled, turn it off now to preview the game with just yourself.

The UI elements on the screen should now show information specific to your player. 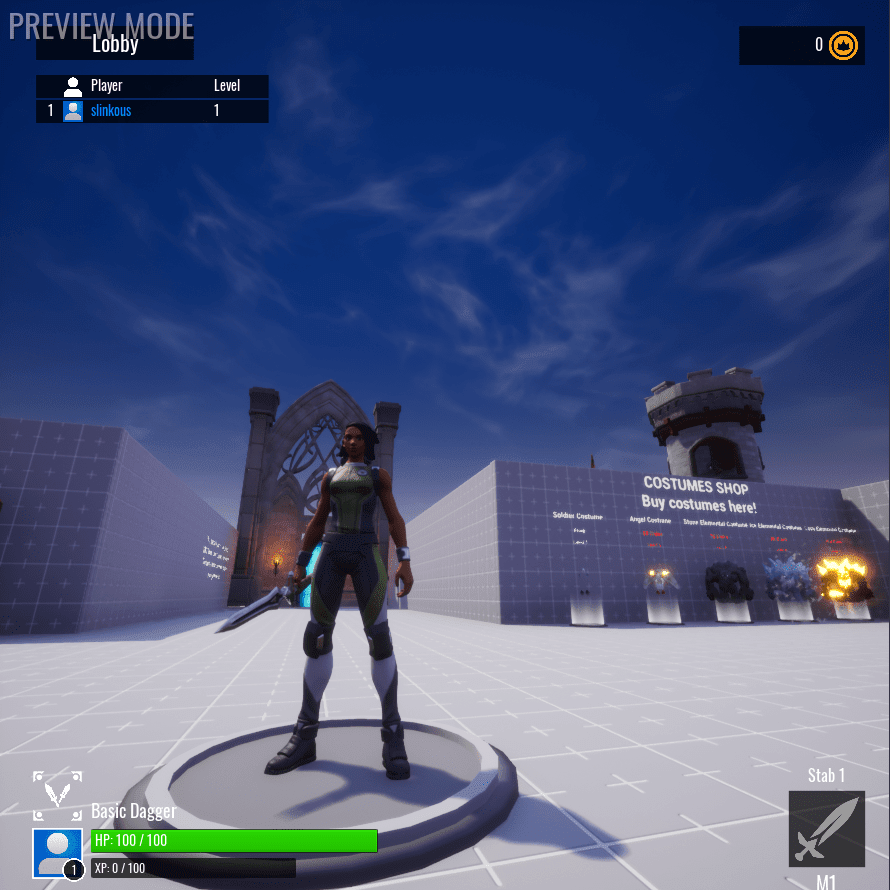 The Portal to Core Haven

Behind the place where you spawned into the game, you should see a hallway leading to a giant magical doorway. 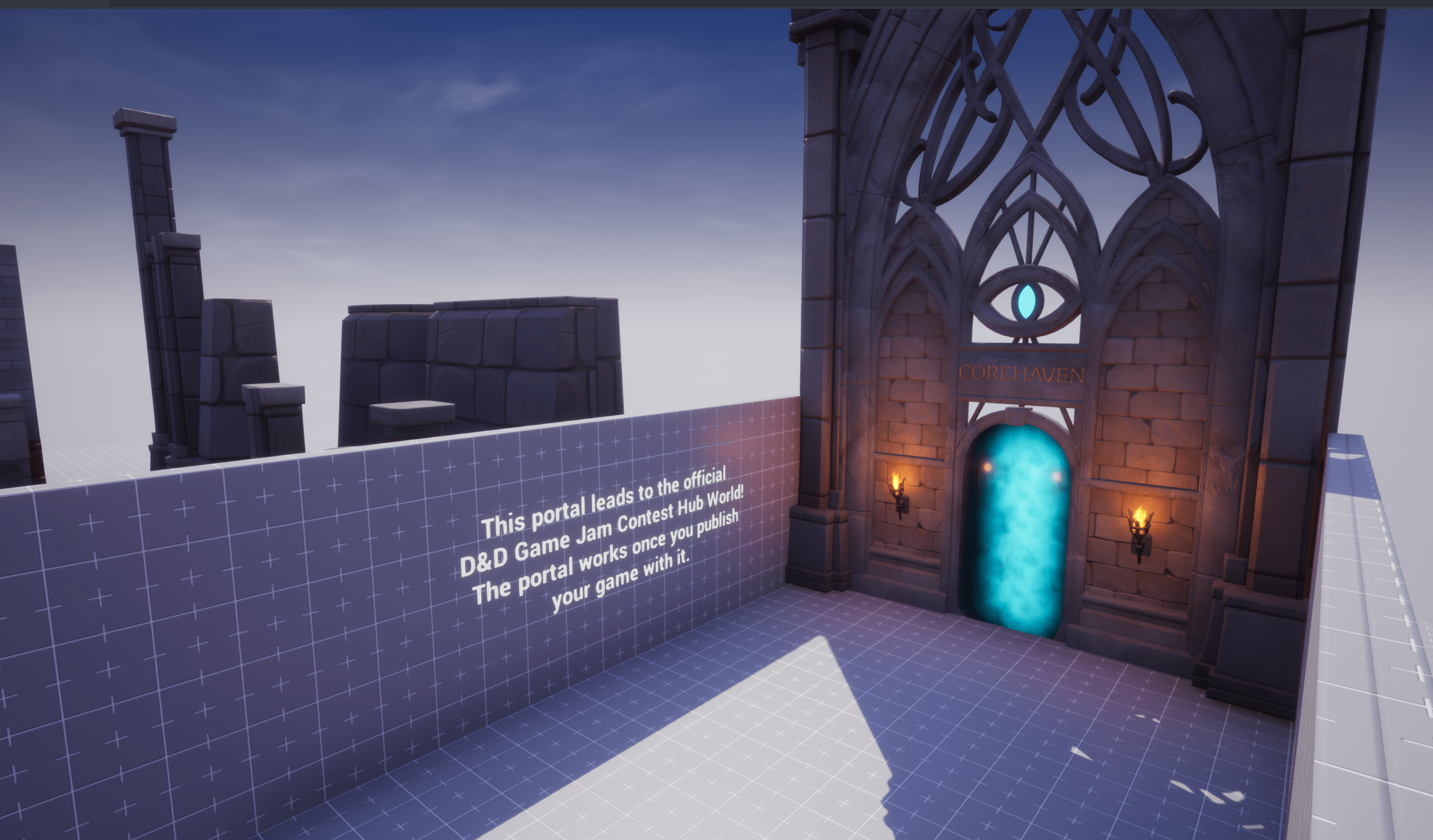 This portal will take players to a fantasy world, with portals to other Fantasy RPG games.

Outside the walls of the lobby, you should see various castle parts. These are all available in Core Content. You can see them by opening the 3D Objects folder in Core Content navigation, then opening Tilesets and Fantasy.

The Castle section holds the parts you see outside the walls, and the Templates section has some example builds using those pieces

On the right side of the Lobby you should see different chests, potions and candles showing off the available fantasy props. These can also be found in Core Content by opening the 3D Objects fp;der. and then Props and Fantasy.

As you return to the Lobby, you should see items along the wall on your left, representing a Costumes Shop and a Weapons Shop. 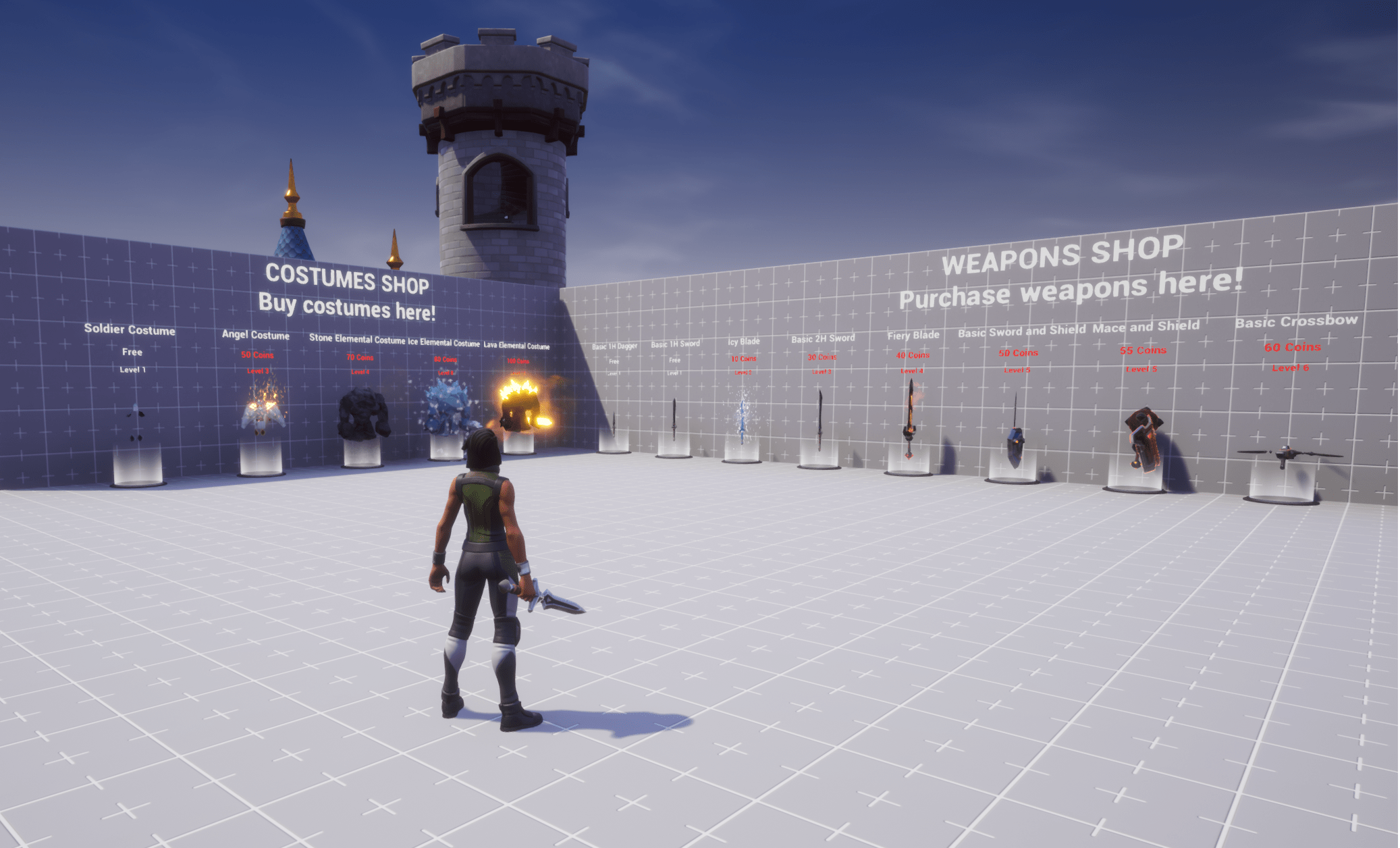 There are two upgrades you can afford right now, for 0 gold: 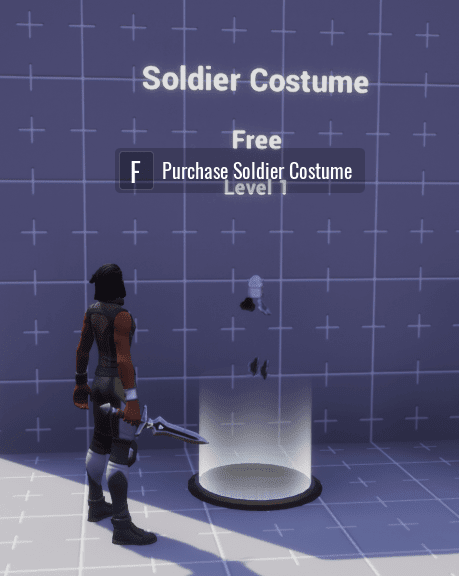 Next, find the Basic 1H Sword and press F to equip it 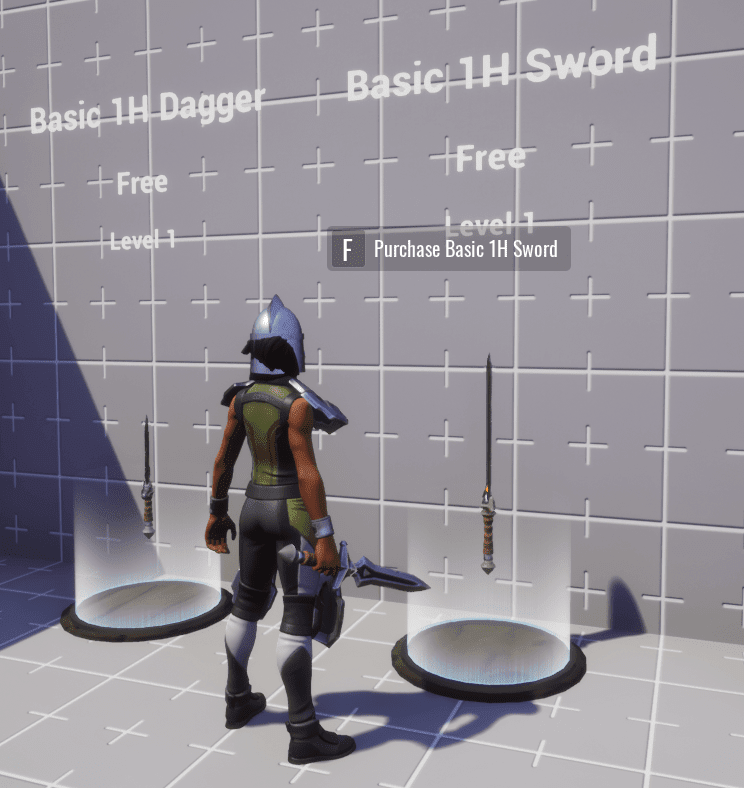 You are now ready for your first adventure! Stand on the platform in front of Dungeon 1, and press F to teleport inside. 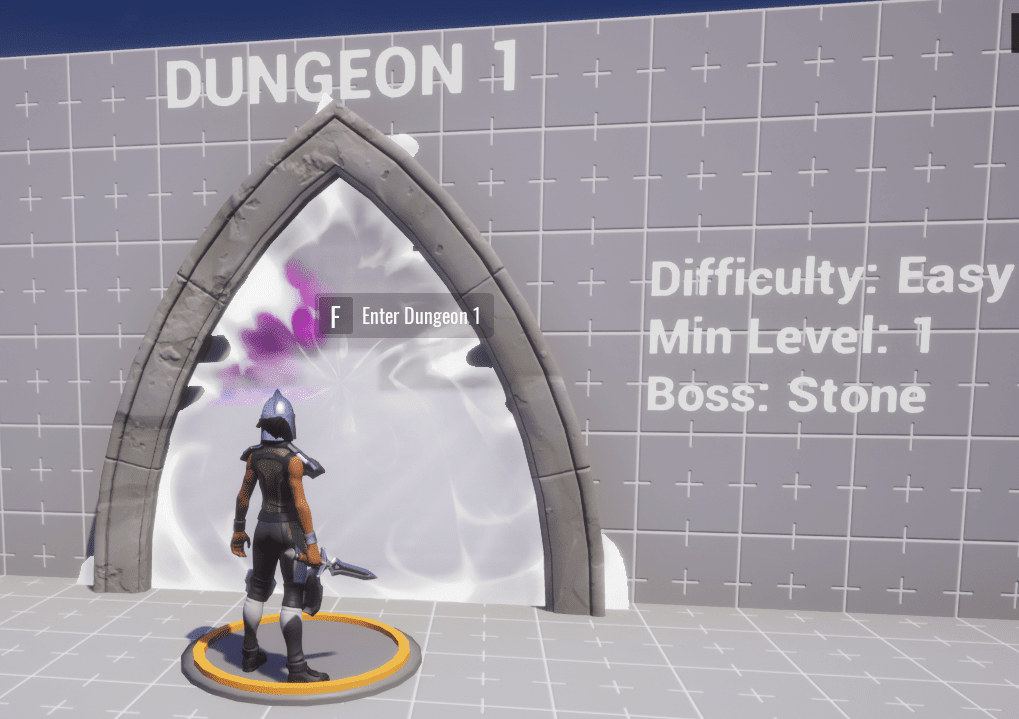 As you play the dungeon, you should notice a few things:

Good luck on your adventure!